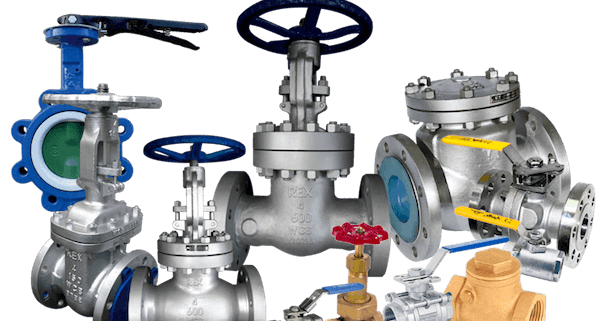 Companies and valve users must understand individual piping standards with all the intended uses of valves. This article provides an overview of the code (it does not necessarily cover the detailed requirements of any particular service).

In each of these codes, the valves are listed in the table. In this case, apart from valve standards (such as API 6D, ASME B16.34, etc.), there are usually no other requirements for valve manufacturers and suppliers. Some exceptional cases, such as Class M in B31.3, are not covered in this overview.

Another question is what happens if a valve not listed is required. These conditions vary depending on the channel code and should be considered on a case-by-case basis.

As stated in paragraph 107.1 of B31.1: “Valves that do not comply with the above [the list] should adopt the same design or construction recommended by the manufacturer to operate in accordance with this paragraph. 102.2.2. These valves must be pressure tested in accordance with MSS SP61. “

This makes it the responsibility of valve manufacturers to recommend repair designs and exacerbate problems when supplying valves through the distribution network. The valve manufacturer rarely knows the actual service because the manufacturer is not responsible for the piping system. It is essential that the piping system designer clearly understands what will be provided if the valve is not listed. This is especially important for pressure/temperature values. The piping designer should always check the operational suitability of the valve.

The unlisted valve can only be used under section 302.2.3. If the pressure/temperature is not determined using the method described in ASME B16.34, the design pressure is calculated according to CS 304.7.2.

In the 2014 edition of ASME B31.3, the designer must ensure that the composition, mechanical properties, manufacturing process and structure are suitable for the expected operating conditions. The pressure/temperature value must be set according to the rules in paragraph 304. The transition from the 2012 version to the 2014 version puts the designer in charge. This is because the 2012 version stipulates that the pressure calculation needs to be checked by section 304 of the specification; however, the latest version states that the designer needs to ensure that the design is suitable for the expected service. The situation is similar to B31.1 because the manufacturer rarely knows about the service.

ASME B31.4 lists eight-valve standards, which also excludes cast iron and bronze valves. These valve standards are broader than previous codes and include:

This code allows special valves not listed; as long as the valve design has at least the same strength and tightness, the valve can withstand the exact test requirements as the above standards. The structural valve features comply with the material specifications and test methods for similar purpose valves specified in the standard. These requirements are more stringent than previous regulations and require designers to manufacture valves with the same strength and tightness.

The ASME B31.8 code lists five-valve standards, omitting cast iron and thermoplastic valves. These standards are

ASME B31.8 does not include valves that are not listed. It says: “Valves must comply with the standards and specifications listed in this specification, and can only be used following the manufacturer’s service recommendations.” This means that for code 31.8, only the valves listed can be used.

The general standard for valves is ASME B16.34. Although the standard has several positive aspects, it is not an actual design code, such as ASME BPVC Section VIII, which considers material strength, corrosion resistance, and irregular shape formulas. Therefore, the design must be checked according to the pressure vessel code.

Although piping codes compliance is required in almost all cases, compliance with national and state laws is essential. In the United States, state oil and gas transportation regulations have added restrictions on valve standards in pipeline codes. The United States Federal Transportation of Natural and Other Gas by Pipeline codes in section 49 CFR 192.145 stipulates:

“Except for cast iron and plastic valves, each valve must meet the minimum requirements of API 6D (incorporated by reference, see §192.7), or to a national or international standard that provides an equivalent performance level. A valve may not be used under operating conditions that exceed the applicable pressure-temperature ratings contained in those requirements.”

This federal regulation enforces API 6D minimum piping requirements according to ASME B31.8, which takes precedence over specific listed valve standards; for others, in addition to the requirements of these standards, it also adds essential additional features and testing. (For example, ASME B16.34).

At the same time, 49 CFR 195.116 in the United States “Federal codes for the Transport of Hazardous Liquids Through Pipelines” stipulates that each valve installed in the pipeline system must meet the following requirements:

Other regulatory agencies, such as the US Coast Guard and the Occupational Safety and Health Administration, have not imposed additional requirements other than pipeline regulations.

Therefore, for ASME transportation codes B31.4 and B31.8, when the valve is intended for use in the United States, a reasonable valve manufacturer must ensure that the design, manufacturing, and component testing cover ASME B16.34 and API 6D. For ASME codes B31.1 and B31.3, if the valve is not listed in the table, the pipeline designer must check the operational suitability of the valve or clearly inform the manufacturer of the operating conditions.

Want to join the discussion?
Feel free to contribute!